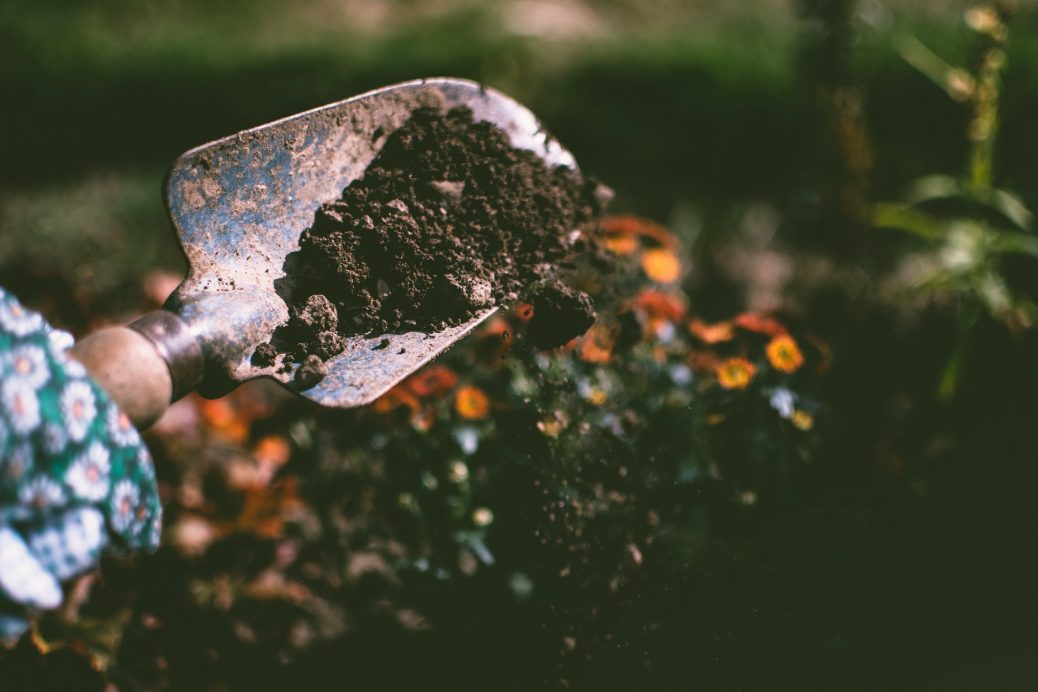 It has been nine years since we moved to our hilltop home overlooking the Pacific Ocean. But for people who love to grow things, there was a price to pay for the beautiful view of the ocean and treed valley — the ground here is red clay sand. (Once, it was a log landing where logs were rolled onto the trucks and wagons that took them to market.) We had to make our own soil if we were going to grow things.

First, we hauled in horse manure. Then, we hauled in mushroom compost until the mushroom farm went out of business. Eventually, we heard of red wigglers (Eisenia foetida), which are composting worms that eat through your kitchen garbage and turn it into soil. A local lady who called herself “The Worm Lady” sold us our first batch of worms and carefully explained how to keep them happy and alive. So our adventure began. We found out that worm castings (excreta) are black gold, and the leachate off of their bin was liquid gold. The worms themselves sell for $30 a pound. Not only could we fix our soil, but we could also make a profit.

The easiest way to start up with raising worms is to follow these simple steps:

I bought a heavy-duty Rubbermaid bin small enough to fit under the sink or the back step. It cost $5 on sale and had a good lid that fit tight on the bin. Next, I bought a [[½]]-inch Celcon sink faucet to screw into the bottom of the bin and a [[½]]-inch PVC bushing to hold the tap on the inside of the bin. Finally, I bought some plumber’s tape to keep the seal tight. The total for all of my materials was $10.28.

These easy-to-find, inexpensive materials are all that’s needed to build a worm bin.

We drilled [[1/8]]-inch holes all around the edge of the bin as close to the top as possible and about four inches apart. In the center of one side of the bin, toward the bottom, we drilled a [[½]]-inch hole to match the circumference of the tap. Then we screwed the tap in, wrapped the tap with a little bit of plumber’s tape, and screwed the bushing on the inside to keep the tap secure. Now we were ready to put bedding in the bin.

First, we shredded up a bunch of junk mail and miscellaneous papers and lined the bottom with about six inches of shredded paper. Next, we covered the paper with some soil and dead leaves. At this point, if you have access to a couple of shovels of horse manure, it is good to put that under the soil and dead leaves. The manure keeps the bed warm in cold weather and makes the ending soil much nicer and richer. Now the bed was ready for worms.

After filling the bottom with shredded paper, cover thoroughly with a mixture of soil and dead leaves.

After putting your worms in, don’t forget to cover them with a damp newspaper.

There are several sources for red worms. If you want to get them in your area you can call your local garden club, and someone will likely know where to purchase some. Otherwise, your local university extension office might have a source. Often, the local fairgrounds have workshops on recycling and will tell you where to find some. I got my first batch from the local Worm Lady who was referred by the garden club. Finding that I had more garbage than I had worms to deal with it, I ordered an additional pound of worms online, which cost me $22. Currently they are selling for up to $30 a pound.

Put the worms to bed

The worms should be carefully spread over the dirt mixture that you previously placed in the bin. Cover them with several layers of newspaper, all the way out to the edges. Do not use comics or colored newspaper unless you know it is soy ink. Spray the newspaper covering with water to make it thoroughly damp. Always check to see this newspaper is damp to the touch whenever you empty your worm crock into the bin.

You will need a covered crock or coffee container to collect your vegetable garbage in. Worms eat all kinds of things: vegetable peelings, cores, leftovers, coffee grounds, even eggshells (they don’t so much eat them as use them as nests for their cocoons). I do not give them citrus peelings and worms are not fond of them anyway. When the worm food container is full, take it to empty into your worm bin. Sometimes when I have large pieces like melon rind or other chunky things, I run them through the food processor to make digesting it into soil easier and quicker.

To make sure that the food gets spread around and to make it easier to harvest worm castings, bury this load of vegetable garbage in the corner, going from one corner to the next around the bin each time you empty your worm food. You can mark the place of the last feeding with a trowel that you use to bury the worm food.

Make sure to keep damp newspaper on top of worms at all times.

Red worms will migrate if conditions are not ideal. They cannot have things too crowded, too wet, or too dry. If the environment is too dry they will die, if it is too wet they will migrate or drown. The several layers of damp newspaper are a good way to discourage maggots and flies from inhabiting the bin. Whenever you empty your worm food, spray the newspaper if it feels dry. The decomposing food will provide the rest of the moisture that the worms need. If you lift the paper cover and look under it, you should find worms sheltering there.

Put a container under the spigot of your worm bin and turn it on to drain excess fluid. It will take awhile for this to begin to drain, as you have dry shredded paper in the bottom of the bin to soak through first. My research has found that worm farms love to use this liquid to spray down the leaves of plants. It causes them to become healthy and more resistant to disease and mildew. The plants also thrive when watered with this. A good solution to use is [[¼]] cup of leachate to 1 gallon of water. Try it and watch your plants thrive. Worm castings may also be soaked in water at the same formula of [[¼]] cup of castings to a gallon of water. This solution can be drip fed to your plants. It will not burn or damage them in any way. Straight leachate can be poured onto the roots of plants with no apparent harm and with amazing results.

Your worms should begin to multiply three months after you have started your bin. It will be a good ten months before things become crowded. Worms are simultaneously male and female so when they mate, each worm lays a cocoon. Each cocoon contains from one to six eggs. Your worm populations could potentially triple every three months. When the worm bin gets to looking crowded, harvest the worm castings and some worms.

The simplest way to harvest the worm castings is to spread the contents of the worm bin out on a large sheet of plastic on a table with a light shining on it. The worms will go to the bottom of the pile to escape the light. Carefully lift the soil and place to one side away from the original pile. Check for worm cocoons and rescue as many as you can in this process. When you have sorted all the worms and cocoons out that you can find, transfer them back into their old bin along with a good bunch of coffee grounds and other finely chopped kitchen waste, a shovel full of dead leaves, and garden soil. Tear up your old newspaper covering using it as bedding in the old bin, and replace with a fresh dampened layer.

Leachate and castings can be sold through the newspaper or by word of mouth. Again, a local garden club membership could net you some customers. I did some research on the cost of purchasing worm castings and found prices to be varied. Separating the castings from the undigested fiber is a bit of a job. Some sellers leave it all together. Others sift out the castings. That could explain the variance in price.

The benefits of raising worms are many, considering how easy it is. Even leaving them unattended is not too serious unless you do not drain the leachate while you are gone and your worms drown, or you leave them too long without dampening your newspaper and they die of thirst. It is important to leave them in a shaded and protected area and with enough moisture so they do not dry out. Composting your garbage with these mighty little recyclers is beneficial to your garden and your soil. ∆