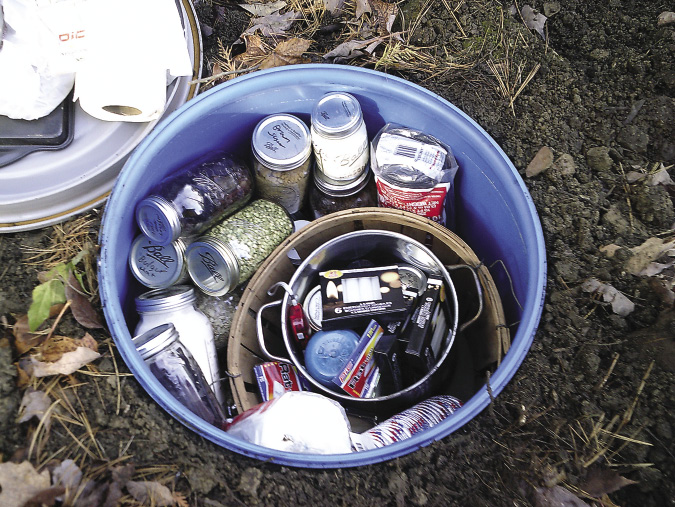 After two very productive gardens and two winters of dehydrating food, I found I had a substantial amount of dried goods in sealed jars. While I was filling my cabin with more jars than I could keep track of, I pondered the possibility of future crop failures — not just of my own garden but regional failures which were common historically. Before the advent of canning in the early 1800s it was not practical to store fruit and vegetables for long periods of time, as mold and insects would eventually spoil even the best laid provisions. Grain was about the only food that could be stored for years reliably. Today we have the luxury of a global market able to move food anywhere in a short time, commercial refrigeration, and, of course, canning jars.

While I have no doubt that a regional crop failure would be addressed by shipping goods in from other parts of the country, I would be assuming I would have the money to buy those goods in such a bad year. If my gardens failed and I could not afford to buy anything, I would be depending on what I canned the previous year. If what I canned was to be lost in any way I would be in a bad situation. Since I had such a large supply of dehydrated food in sealed mason jars, I decided to establish a supply in a barrel cache near a small shack on my property.

The unearthed cache is as fresh, clean, and dry as the day I buried it 17 months earlier.

I selected a 55-gallon plastic drum with a removable locking top. I chose an out of the way spot and dug down four feet with a hole big enough to set the barrel down into with the top just below the ground level. Into this barrel I placed a mixed food supply consisting of dehydrated fruit and vegetables, grain, beans, sugar, powdered milk, baking powder, salt, and spices, all in individually sealed containers. I also included a mess kit and stock pot for cooking and boiling water and a bucket with an old coat, wool blanket, and a set of old clothes. I stuffed a hand saw, axe head, knife, wire, multi tool, water filter, candles, rat traps, tarp, and a rope in between the jars as well.

After filling the barrel with supplies, I tossed in a five pound bag of clay cat litter to absorb moisture and humidity. I used latex caulk to coat the rim of the barrel (in addition to the gasket already on the lid) and latched it closed with a metal ring. The sides were filled in around the barrel and wide flat stones were placed over the top. Sand and dirt was shoveled over the stones to fill in between them, then leaves and compost tossed over them. After covering the barrel it would not be easily noticed.

This stash was meant to be sealed and forgotten except in case of dire need, and would provide emergency food and supplies, a means to cut fuel for cooking, a change of clothes, and the ability to boil water (with the assumption that water could be stored in empty food containers after boiling). If I was ever so desperate to dig this cache up, I would have enough to rely on for a month or two. 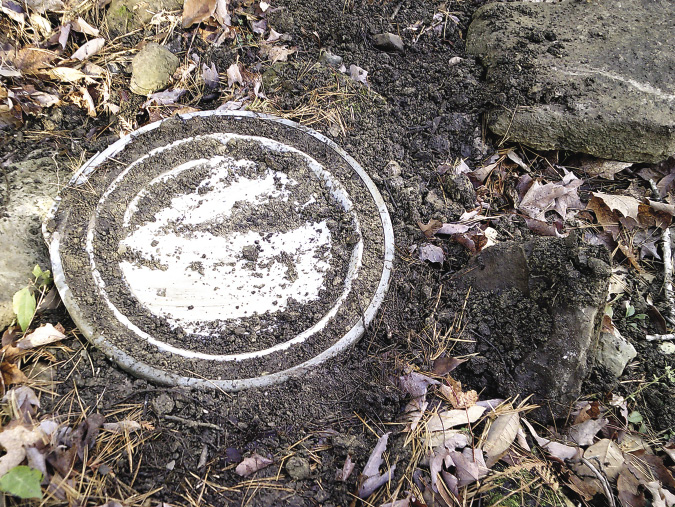 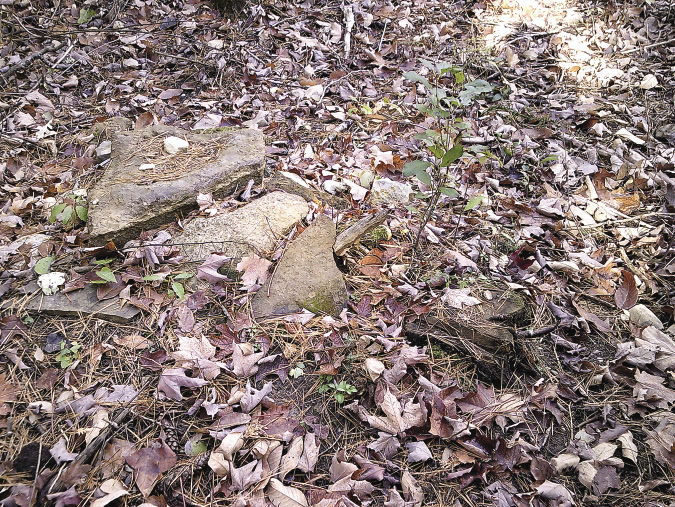 Burying and hiding the cache was as simple as placing a few flat rocks over the lid and shoveling some dirt and leaves into the remaining spaces. Nature took care of the rest.

The real test of the cache came when I dug it up a little over a year later. In the time since sealing the barrel, I had built a cabin, barn, and other outbuildings on the property, but had left the barrel untouched. With winter approaching, I decided to open it to see how reliable the cache was, and to repurpose the barrel as a mini root cellar. If the barrel was full of water and spoiled supplies, I would discontinue this idea; if everything was good, I would duplicate the cache in other locations.

I was prepared for water and spoilage when I removed the stones and unsealed the lid, but to my pleasant surprise everything was dry and immaculate. Not a drop of water had gotten into the barrel, nor mouse or insect. I was looking at a barrel of supplies as fresh as the day I sealed the lid nearly a year and a half earlier. The cache experiment was a complete success.