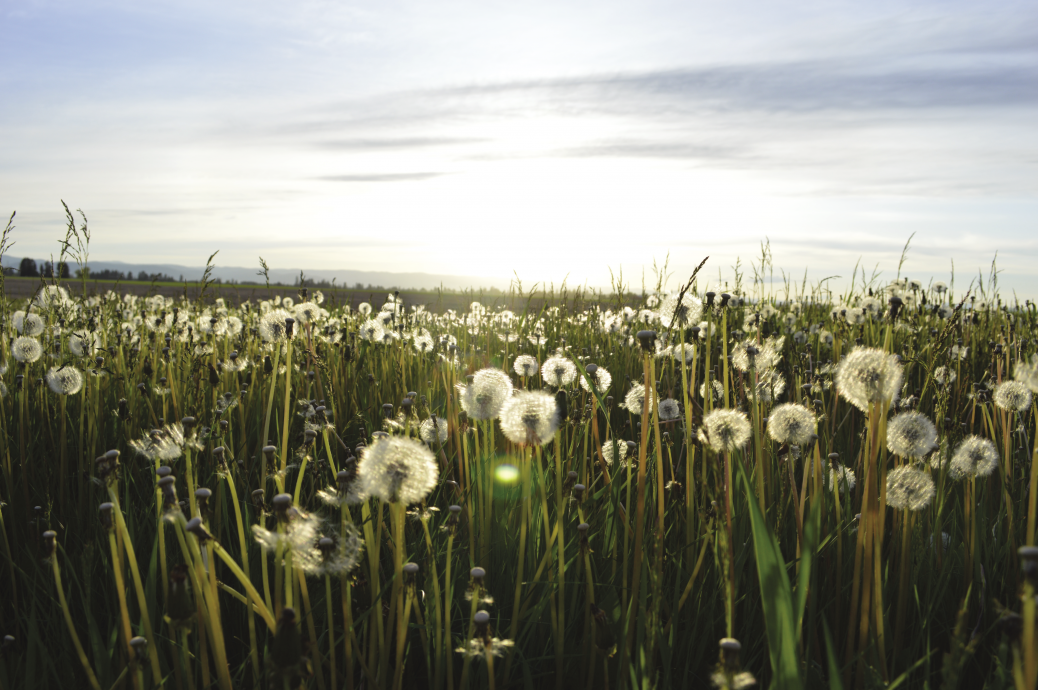 My father tended a beautiful garden most summers of his life. Each late winter he started tomato plants from seed indoors and then, come May, transplanted four dozen of the healthiest specimens to the large, heavily composted garden plot that he’d spaded by hand. By August, when the tomatoes were beginning to ripen, pumpkin vines curled around the cornstalks, the melons were growing too large to be shaded anymore by the plants’ lush leaves, and the radishes and lettuces had long since been cleared away to make room for a second planting for fall salads. Dad’s garden was productive, orderly, and mostly weed-free.

But such lavish beauty came at a price. My brothers and I spent many summer mornings tackling the list of outdoor chores my Dad scrawled on scrap paper before he left for work each day. Some tasks involved harvesting — pick the second row of beans, or fill the bushel basket with the ripest tomatoes. Some were easy or quick — move that wheelbarrow load of stones or empty the bucket of scraps onto the compost pile. But the most frequent and time-consuming garden chores centered on weeds. It seemed we were never done weeding. We would finish one section of the garden and find new weeds sprouting in another. We tackled them with hoes, we pulled many with our bare hands, and sometimes we used a trowel to attack the roots of the biggest, most stubborn ones. Dad always warned us to start weeding early when the weeds and the soil would still be damp from dew. “They pull so much easier before the sun dries everything out,” he told us, but we often procrastinated until mid-afternoon, then scrambled to clean up our assigned garden sections before Dad arrived home.

Weeds were our enemy, a powerful force with the potential to ruin not only our father’s pristine garden, but also our dreams of a carefree summer. So I was genuinely surprised when as an adult, I decided to learn more about herbs and discovered that many of my former botanical foes are actually my friends. Thistles being a notable exception, many of the plants that we spend time and money to eliminate from our lawns and gardens are loaded with nutrients and have medicinal value.

As a child, I loathed burdock. Once these plants take root they are hard to pull up. Burdock plants grow straight down but also send out side shoots that anchor the plant firmly in place underneath the soil’s surface. Burdock’s stalks and roots readily snap and break off, leaving hidden chunks that will continue to grow. It takes a lot of digging to outwit a burdock plant. But change your perspective and view the task as “harvesting” rather than weeding and every piece of burdock root becomes a valuable commodity. Burdock root has been eaten as a cooked vegetable for centuries; the taste is vaguely sweet on its own, and is good sautéed in butter with garlic and fresh herbs. Burdock is nutritious, containing good amounts of fiber, vitamin A and several important minerals, including iron, magnesium, and potassium. Burdock root has long been prized as a nourishing, cleansing, and strengthening tonic. Burdock has also been used in more specific ways: as a poultice to soothe skin irritations, as a remedy for respiratory conditions, and as a natural diuretic and a tonic for the urinary system. 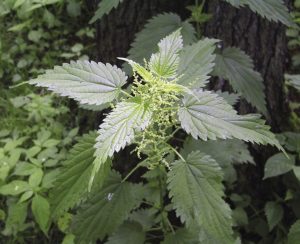 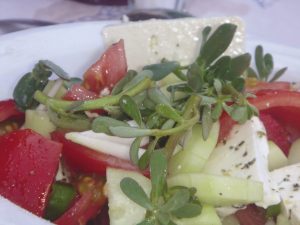 Chickweed blooms as a beautiful little white star-shaped flower. It also produces seeds in copious amounts and can quickly overtake a flower or vegetable garden, creating a luxuriant green bed of its own. It can be a challenge to eradicate chickweed. But again, shift your view and look for ways to use chickweed. Chickweed is one of nature’s most delicious salad greens, with a fresh flavor that’s never bitter, and is loaded with nutrients, including significant amounts of vitamins A and C, calcium, and potassium. Chickweed poultices help remove splinters, chickweed salve helps heal skin irritations, and chickweed soaks help ease arthritis.

Nettle’s bad reputation is partly justified, as anyone who has been stung by the plant can agree. Stinging nettle got its name from the drops of acid held within the hairs under the leaves. Brush against the plant and it flicks the stinging drops onto your skin. The sensation is not terribly painful, but the tingling can be intense and can last for hours.

It’s often best to wear gloves when trying to eliminate nettle from your garden. But some wise people don’t attempt to eliminate nettle; they seek it out for its precious healing properties. Nettle leaves are one of the most nourishing foods on the planet, very high in calcium, chlorophyll, and B complex vitamins. Eaten as a cooked green or drunk as a tea, nettle acts as a gentle laxative, helps stabilize erratic blood sugars, and provides healing benefits for those who have respiratory conditions, from asthma to bronchitis to pneumonia. Back when I was pulling young nettle plants out of Dad’s garden, trying to catch them early before they grew any taller — if not yanked up by the roots, nettle can grow as high as your head by fall — I didn’t know any of those uses, nor did I know that rinsing my hair with a nettle infusion would help keep it glowing and healthy.

Purslane is not difficult to pull when it is growing as a weed, and the plant itself can be quite pretty, with rounded dark green leaves growing from deep red stalks. I must have pulled bushels of it as a child, and they all ended up on the compost pile. Now I’ve discovered that we should have been hauling it into the kitchen and eating it right along with the rest of the garden harvest. Purslane has more omega 3s than any other vegetable, and is packed with vitamins C and E. The flavor has been described as a cross between watercress and spinach. Purslane has a bit of a punch — slightly sour and slightly salty — and is delicious in a sandwich where you’d normally put some pickle.

The lowly dandelion must win the prize for the most time, money, and effort spent on eradication efforts. It seems no one wants dandelions in lawns or gardens, and I’ve pulled many dandelion plants in my time. It turns out that some people actually purchase dandelion seeds and cultivate the plant purposefully, and with good reason, as dandelion is one of our most powerful all-around tonics, especially beneficial for the liver, the circulatory system, and the urinary system. The sunny yellow blossoms can be transformed into a unique wine, and the leaves are good either cooked or raw, as long as they are harvested early in the plant’s cycle before the flowers open and the leaves take on a bitter-tasting edge. Our nation would be a little bit healthier if we replaced all the pale, flavorless iceberg lettuce we use on sandwiches and in salads with an equal volume of nutrient-laden dandelion greens.

My father would certainly not have permitted us to let the weeds run riot in his garden, nor would we have been able to harvest so many beautiful tomatoes and melons, or all those bushels of green beans and peas, had we allowed weeds to choke out the garden plants. Perhaps the best way to handle weeding chores is truly to view it as “harvesting,” and learn as much as possible about each plant being pulled. Then some of those weeds can be put to good use — a chickweed salad today, purslane added to a sandwich tomorrow, a nettle hair rinse the next day — thus proving Emerson was correct when he defined a weed as “a plant whose virtues have not yet been discovered.”